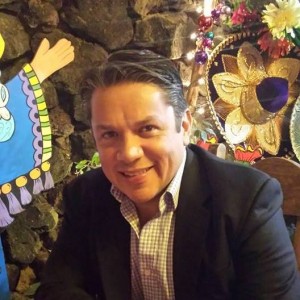 I currently work for BYU-Pathway Worldwide (official website), a newly created global higher-education organization, and I absolutely love it–it is truly a great privilege and blessing! I am a member of the team in charge of International Field Operations, which, among other things, oversees PathwayConnect, an incredibly innovative and effective leadership and preparation program, and market-ready certificate and degree programs accredited in the United States. BYU-Pathway now operates in more than 160 countries around the world.

Biography
Gene is the international director at BYU-Pathway Worldwide. Prior to his current role, he was

the Pathway international director at Brigham Young University-Idaho (BYU-Idaho) since August 2010, where he helped launch the program (now called PathwayConnect). He is a seasoned international executive with proven leadership skills and a solid background within the education sector, where he has developed a vast network across both the private and public sectors. His areas of expertise include business development, M&A, campus & academic operations, and the delivery & expansion of online programs. He has consulted with several capital management companies interested in the for-profit sector, and has been a speaker at different education conferences in the topics of international and online education.

Before his time at BYU-Idaho, Mr. Hayes worked for Saras Education, an education startup based in Scottsdale, Arizona, where he oversaw international strategy, business development, and operations efforts. Immediately prior to his role at Saras, Mr. Hayes was involved with the Apollo Education Group (NASDAQ:APOL) for over seven years, and held multiple roles of increasing responsibility in different functional areas including Vice President, Integration & Strategy, Mexico; and Vice President, Corporate Development for Latin America. Mr. Hayes was directly involved in the acquisition of Universidad de Artes, Ciencias, y Comunicación (UNIACC) in Chile, and Universidad Latinoamericana (ULA) in Mexico City, the first two international acquisitions for Apollo. Mr. Hayes began his professional career at Intel Corporation (NASDAQ:INTC), where he held a number of positions including senior business analyst, web program manager, purchasing web tools manager, and knowledge management architect over a six-year period.

Mr. Hayes is also an Adjunct Online Professor at BYU-Idaho, teaching Mathematical Tools for the Real World, a course based on Bennett & Briggs “Using & Understanding Mathematics: A Quantitative Reasoning Approach” (Addison Wesley), as well as other ESL/EFL, General Studies entry-level courses. He holds a B.A. in Economics and an M.B.A. from the Marriott School of Management at Brigham Young University.

For a more personal note, check out, if you have not done so, the about me page or explore other areas.